The year 2022 marks a celebration in Clay County as the Keystone Heights Airport celebrates its 80th birthday on December 3, 2022. For aviation and military history fans, the airport is filled with charm and stories of the past making this year’s celebration a ‘do not miss’ event.

Known as the ‘friendliest airport in Florida’, here’s a look at the history of the Keystone Heights Airport and a preview of what’s ahead for the birthday celebration on December 3, 2022 –

A Look at the Airport’s History

The Keystone Heights Airport was constructed in 1942 by the United States Army Air Forces (the US Air Force did not yet exist), on the Southwest perimeter of Camp Blanding. It was originally named as Crystal Lake Army Airfield, due to its proximity to Crystal Lake, but when commissioned in December of that same year it became known as the Keystone Army Airfield.

During World War II, the field was the home of the AAFSAT Strategic Reconnaissance School. The F3 Havoc, P39D (variant) Air Cobra, and L-2 and L-3 Grasshopper Light Observation Aircraft were some of the aircraft utilized for training. In November 1943, the 313th Fighter Squadron moved from Alachua and employed P40 Warhawks for training. Later, the P40s were replaced with P47 Thunderbolts. In January 1945, the AAFSAT sent down orders for closure and on February 1, 1945, the field was placed on inactive status. The city of Keystone Heights acquired the airport from the Federal Government in 1947.

Today, the Keystone Heights Airport is one of 43 airfields still in existence from World War II. Now, 74 general use planes call the airport its home. The airport property reaches 2,400 acres total with parts of the property used as a Sportsman’s Club and also serving as home to The FIRM (Florida International Rally & Motorsports Park). The property’s Camp Crystal is used by neighboring Alachua County schools for summer camps.

The airport prides itself as being known as the ‘friendliest airport in Florida’. The airport welcomes aviation fans to enjoy the back porch, complete with rocking chairs for visitors to enjoy the view and watch planes flying in and out of the airspace.

Pilots can expect an 1,800 gallon and a 5,000 gallon mobile jet fuel tanker with two over wing nozzles and one single point connection. Other amenities include 24/7 pilot planning lounge with showers and 24-hour access, free wi-fi, water/coffee/tea, ramp space, overnight tie-downs and miscellaneous pilot supplies. The airport is also unique in that it is home to an aerobatic box allowing pilots to practice maneuvers.

The Keystone Heights Airport has planned a festive celebration on December 3, 2022 to honor its 80th birthday. Visitors are encouraged to visit the property to witness historic and modern-day planes taking flight throughout the day. 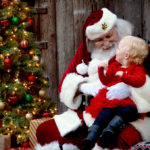 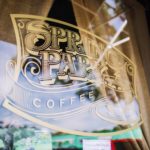 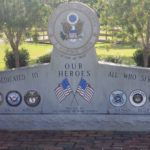 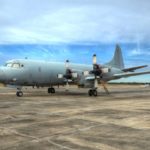 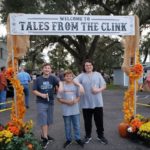