Clay County offers a wealth of experiences for retired military members and military history enthusiasts. From exhibits focusing on World War II to artifacts and military vehicles on display, the area features landmarks and museums to commemorate the county’s involvement with our nation’s military.

Take a look at some places of interest in Clay County.

The Camp Blanding Military Museum & Memorial Park is owned and operated by Camp Blanding. Exhibits focus on Camp Blanding’s role during World War II. A weapons collection, photo exhibits and other military artifacts are on display as part of the museum experience. The adjacent Memorial Park contains monuments honoring nine Army infantry divisions and all who trained at Camp Blanding. Other monuments at the park honor recipients of the Medal of Honor, Purple Hart and former Prisoners of War.

In Green Cove Springs, the Military Museum of North Florida is housed on the grounds of World War II’s Benjamin Lee Field which once served as the main training base for the F6F Hellcat fighter. The museum features exhibits, displays, artifacts and military vehicles from all branches of service and major conflicts from the Spanish American War to present day. The museum also celebrates Clay County’s and Green Cove Springs’ support of the WWII effort with the airfield and the Moth Ball fleet.

On Veterans Day, families are invited to join the Camp Blanding Museum for Family Day at the Museum along with a commemorative ceremony taking place on the front steps of the museum. Along with touring the museum, visitors can enjoy a special lunch at the museum – with prices marked down to World War II pricing. The first 100 veterans at the museum will receive a free, limited edition t-shirt honoring Veterans Day and the museum’s events of the day.

For one weekend each February, the Military Museum of Northeast Florida welcomes history buffs to experience the Military Vehicle Preservation Association’s Rally and Swap Meet. Take a stroll among the antique military vehicles and witness a battle reenactment and a live weapons demonstration.

Children will enjoy having the opportunity to learn about these vehicles no longer in service and retired military can be reunited with vehicles from their time in the service. Some of the items on display include tanks, halftracks, Jeeps, deuces and artillery pieces.

Located on the shores of Kingsley Lake, the Camp Blanding Training Center offers conference rooms available for rent overlooking the lake and wildlife areas, along with onsite dining and dinner catering options with a capacity of 600 guests. Built in 1941, Cooper Hall, the nearby historic officers club is popular for more formal events.

Clay County is also home to notable local community members with unique, military connections. Orange Park resident, Mary Helen Hoff served as the inspiration for the POW/MIA flag after her husband, Navy Cmdr. Michael G. Hoff was shot down in combat and declared missing in Vietnam. Mrs. Hoff contacted a national flag maker and shared the idea of creating a flag for those military members that served, only never to return home. Moody Avenue in Orange Park received a Honorary Roadway Designation in her honor with an official plaque placed at Moody Avenue Park.

Scott Speicher was a United States Navy pilot shot down over Iraq during the Persian Gulf War in 1991 making him the first American combat casualty of the war. His remains were eventually found by the United States military in August 2009. A resident of Jacksonville since the age of 15, Speicher’s final resting place is at the Jacksonville Memory Gardens located on Blanding Blvd. in Orange Park.

Whether you are a history buff or looking to host your next military reunion, immerse yourself in the rich military history, museums and gathering spots in Clay County. For more information on planning your visit to Clay County, visit www.ExploreClay.com. Love is in The Air in Clay County, Florida National Plan a Vacation Day: Your ‘Must Do’ List for Clay County, Florida 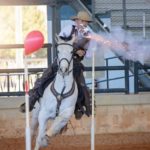