Black History Month is a way to celebrate, honor, and remember the legacies that make up our history and communities. Here in Clay County, notable people and places help us remember the journey of African Americans and allow us to recognize them.

Let’s take a look at some of Clay County’s most notable African Americans and the places that help us remember the past.

As one of the major roadways in Clay County, Kingsley is a familiar name, however, its namesake serves as an important piece of Clay County history. Born in 1793, Anna Kingsley was a slave from Senegal who eventually became the wife of the plantation owner and slave trader Zephaniah Kingsley.

Once she was married, Anna became a slave owner herself, with farming property in Clay County named Laurel Grove with cotton being its main cash crop. Years later, they expanded the property to also include orange groves. Anna and Zephaniah Kingsley made their home along the St. Johns River in Clay County dating back to the early 1800s.

A native of Green Cove Springs, Augusta Savage was born in Clay County in 1892. As one of the leading artists of the Harlem Renaissance, the preeminent African American literary and artistic movement of the 1920s and ’30s. As a sculptor, she was the first African American to join the National Association of Women Painters and Sculptors. In 1932, she established the Savage Studio of Arts and Crafts in New York City along with the Salon of Contemporary Negro Art.

She was named the first director of the Harlem Community Art Center and the New York World’s Fair of 1939 commissioned her to create a sculpture symbolizing the musical contributions of African Americans. Savage was also a prominent activist for African American rights and allowed those of color to pursue the arts. Her artwork has appeared in many museums and galleries including the Smithsonian American Art Museum and Jacksonville’s Cummer Museum of Art and Gardens.

In Green Cove Springs, a community center and park are both named in her honor. In 2022, the inaugural Augusta Savage Cultural Arts Festival is set to take place on February 26 at Spring Park along the St. Johns River. Visitors can enjoy live music from regional bands, high school musicians, church choirs, participate in arts activities, and enjoy local food trucks.

Constructed in 1957, Magnolia State Park was created to provide separate recreation facilities to African Americans during the days of segregation. No longer in existence, the 191-acre park featured 3,000 feet of lake frontage, a boat ramp, a dock, a swimming area, a bathhouse, and picnic pavilions.

Magnolia Lake operated adjacent to Mike Roess Gold Head Branch State Park, which was reserved for whites only. At the height of segregation in the 1960s, Magnolia Lake State Park was one of four segregated state parks for African Americans in Florida.

Since its closure in 1970, the property was returned to nearby Camp Blanding between Sandhill and Brooklyn lakes. Today, there is a historical marker near the original site of the state park, at the intersection of State Road 21 and Treat Road. To learn more about Clay County’s history and African American heritage, or to plan your visit to the area, go to www.ExploreClay.com. 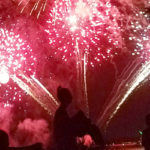 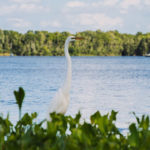 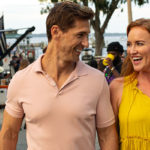 Things To Do In Clay County For June 2022: Food Trucks, Concerts & More! 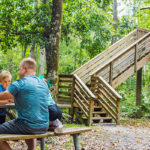 Everything You Need To Plan Your May 2022 Family Reunion in Clay County, FL 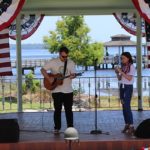