Established in 1990, Camp Blanding Museum is home to telling the stories of the people and places of this historic camp during World War II. The museum serves as a reminder to days past and also shows visitors how Clay County played a significant role in the war, housing military members ready for service and deployment.

The museum’s most recent exhibit focuses on the Army Chaplain Corps. and their service during World War II. With 115 chaplains stationed at Camp Blanding during the war, the exhibit tells the story of four chaplains and their commitment to service.

As part of the museum’s exhibit, there is a Army Chaplain mannequin on display bearing the patch of the 82nd Airborne Division. The 508th Parachute Infantry Regiment assigned to the 82nd division was activated at Camp Blanding in October 1942. On D-Day, June 6, 1944, the 508th Parachute Infantry Regiment jumped into Normandy where one chaplain was killed. That patch honors Chaplain (Captain) Ignatius Maternowski, whom served in the 508th Regiment. The story of his service and untimely death are shared throughout the museum as part of this new exhibit.

In addition to the Chaplain exhibit, a weapons collection, photo exhibits and other military artifacts are on display as part of the museum experience. The adjacent Memorial Park contains monuments honoring nine Army infantry divisions and all who trained at Camp Blanding. Other monuments at the park honor recipients of the Medal of Honor, Purple Hart and former Prisoners of War.

Located at Camp Blanding’s main entrance, the Camp Blanding Museum is open to the public daily from 12:00 p.m. to 4:00 p.m. and admission is free, although donations are always welcome. Make plans now to see this unique exhibit and learn about the history of the chaplains that called Clay County their home during times of war. For more information on the museum, go to www.campblandingmuseum.org. 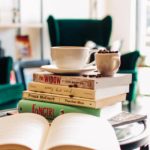 Clay County’s Top Coffee Shops You Must Visit In 2022! 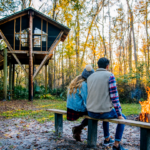 Top 10 Things To Do In Clay County: Camping, Dining & More! 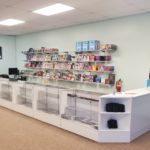 Camping & Hiking In Clay County: Top 5 Must-Visit Spots For Your Next Adventure!